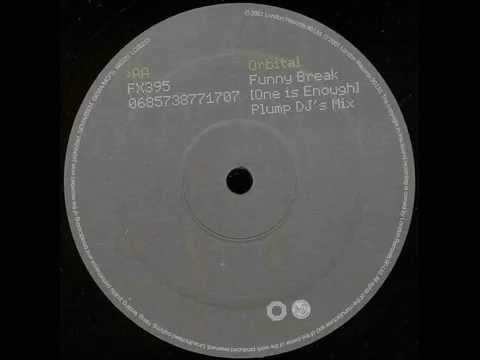 hey, this is the first with the new setup and i thought a lot about it and i believe there is no better one right now.

I mean, the original song is pretty nice, it’s pure Orbital, it’s witty, it has the FUNNY break in it, check it out for yourself if you wish, it’s worth it. the official video is shorter than the album track (and we only consider official album tracks and whatnot around here, mind you!). it’s from the “newer” – well in my terms – era of Orbital, so not a classic, but nevertheless, one of the better songs on the album.

but let’s get back to the remix. i mean, the plump dj-s were something that I came across during some DJ sets in my town where the big guys would come in from the capital to play some tunes for us peasants. and boy they did. there was another one, most likely i will pick that up in this series as well, and that was a fan favorite. I did not hear this one played on a set, but holy jumping jesus, i should have. i mean, if you are into the brain-destroying-ass-smashing consciousness of the breakbeat AS SUCH, then don’t look any further. this is the shit yo. I have no idea how these guys do it. no i mean i spent 20 years studying it and by now i believe i have the theory on how this works and why this works and what is there to do to achieve it. but actually achieving it is a whooooole different kinda animal. the break is absolutely amazing. the perfect primitiveness. and the noises. and it’s not the same, it changes every time, it builds. and the noise ensemble in the middle, where it almost hurts – and they drive it all back, i mean, i’m not that familiar with the background of this all (i’d love to be) as there is not that much info available, but holy jumping jesus guys, this is a track for the ages, and it doesn’t age. if this one starts in the car, i’m jumping in my seat every single time and for the 21938th time i’m analyzing: how? HOW? what are you doing? how does this work?

brilliant, amazing, and yeah i know, this is considered “DANCE” music in the strict sense as it was made for the floor. but coooome oooon goddammit, this is pure gold.

and it’s not exactly common, you know, but i believe that this track could have been anything. ANYTHING. the fact that it is an Orbital song makes it so much memorable for me, personally, but just as easily could have been anything else, as the main beat does not really reference the original song. the middle part and the bridge, sure, but otherwise, no. and i still love it – generally i have some ideas against this, but not here.

thank you, you goddamn bastards.