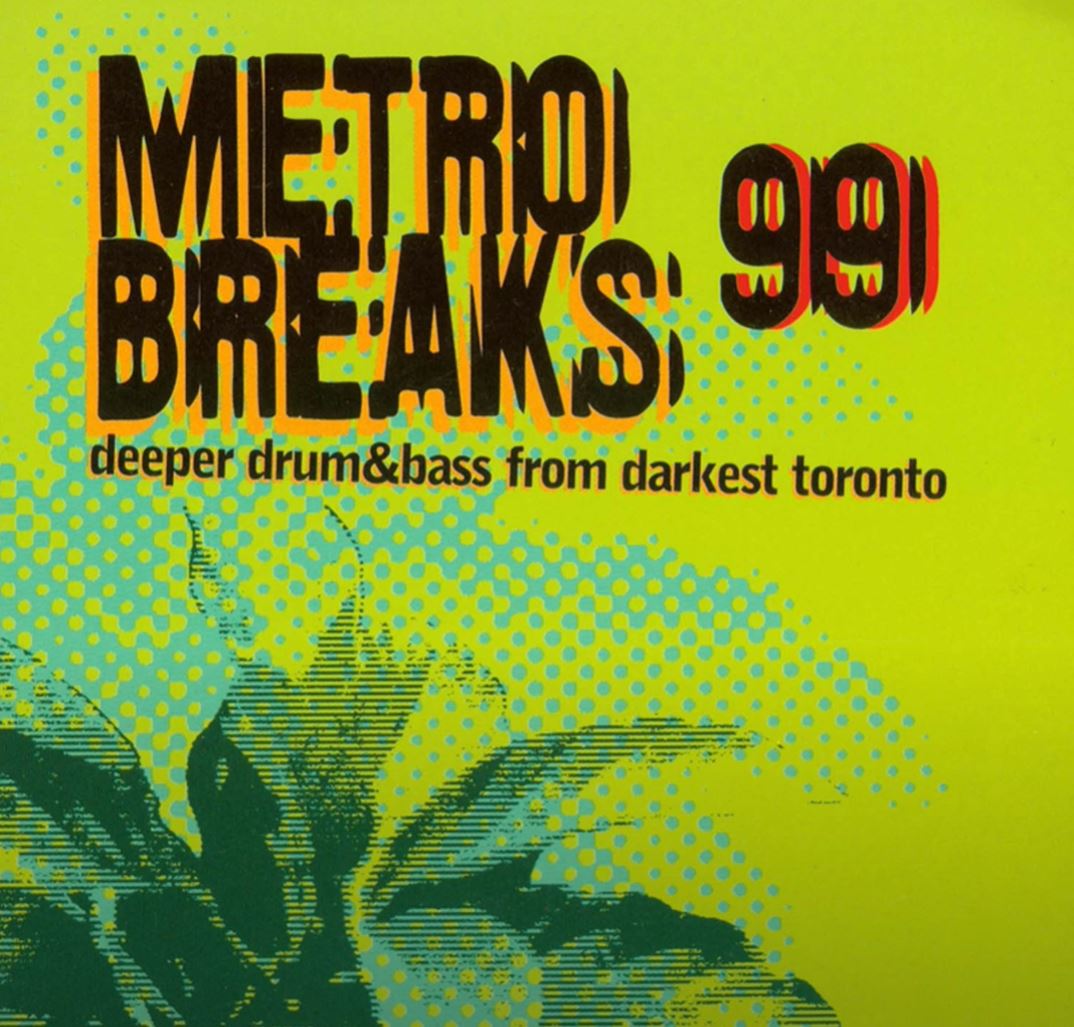 welcome back dear ladies and gentlemen

this time we’ll go for the feeling again, as this one is no particular technical extremity, rather a very nicely done deep DNB that was soooo hard to find in 19 fucking 99 when this was originally published. This is from a compilation album, Metrobreaks – Deeper Drum&Bass From Darkest Toronto – which implies that this might be Canadian (IDK to be honest, but I think it’s fairly OK to presume), and to be honest, this is the only track from that compilation ever since that got my attention. Somehow the break and the “is the machine recording on” at the beginning just gave me that “ahahah ok” thing, and it’s a simple bassline with not such a OMG thing but still it holds together, and it’s a great song, I’m not skipping this when DJ Shuffle decides to play this in the car!

I especially like the “drawback” effect in it, which emulates the vinyl being pulled back on the beat, i mean, this is fire yo, there are and were some that used this before, myself included, but not as the integral part of the main beat, which is very, VERY nice, and i should steal this idea actually (makes notes). And the sax playing, i mean it’s probably a sample, though, but still, it gives that British feeling for DnB, as we all know, like it or not, the cornerstone of DnB comes from those godddaaam british isles, so somehow even if this is Toronto, it’s still Commonwealth, right? 😀 i mean, really, this is a 7/10 song that when compared to other crap may become even 8 or 9, depending on what you compare it to, but it sounds really really nice, I can go back to it as I have, for many years, and not get disappointed, I mean, if someone gave me this for one of MY songs, i would be thrilled. So Mr. Producer of this, wherever you are right now in 2022, thank you for this, I learned a lot from this track, even if it’s not among the greatest songs on the planet, I sense that it was not meant to be from the beginning, but it certainly made MY list over here and i’m thankful for the experience.

ok. this is an edit, at the end. was not there before.

so, only that – well, man, whoever did this song, i mean, i hope you got it right, man. I just sincerely hope that you got what you deserved and work in this industry and do yo’ thing. Cause that’s what it’s all about. And i’d actually like to know what was done AFTER this, if there was only a way to know exactly (yes, thank you, i actually tried that, no, doesn’t work). anyway, i like this song to death.